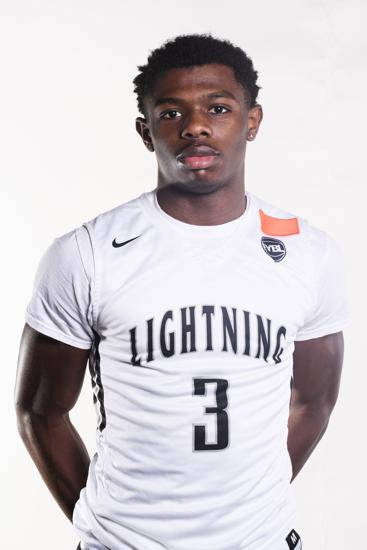 The NY Lightning are headed back to Peach Jam in large part due to their tremendous crop of guards.

Dashawn Davis is one of their on and off-court leaders, and we caught up with the talented junior before the Lightning compete in July.

Nate Bucsko: How did you take a leadership role this year with the team that help you move on to Peach Jam?

Dashawn Davis: At first it was new and kind’ve hard to me, but as we went deeper into the the season it became first nature.

NB: What did you add to your game that helped you take the next step this season?

DD: I added a floater to my game as well as a pull up jumper.

NB: You kind of do everything on the court. Is that how you’ve always played or has everything come together as you’ve gotten more experienced?

DD: I've always played like that, it's been in me since a young age to do anything and everything to contribute to a win.

NB: Who is your role model off the court?

DD: My role is my older brother.

NB: What are you looking for in a program at the next level? Do you have a list?

DD: I'm looking to have great relationship with the coach and players; I need that program to match my playing style.

NB: What’s it going to take for you guys to win it all?

NB: What are you trying to prove to people about your game by the end of the summer heading into next season?

DD: I'm trying to prove to people that I'm just as the best ranked players if not better.

NB: Describe the way your team plays in a few sentences.

DD: We are hard nose scrappy team. We play uptempo style of play, we get most of baskets in transition, and forced turnovers.

NB: If you could have dinner with 3 people living or dead, who would they be and why?

DD: Damian Lillard, Kawhi Leonard, Steph Curry. I feel like we have a lot in common I would pick their about certain things, asking them what it takes to be great. Because they had to deal with a lot of critics, weren't ranked in high school nor highly recruited.